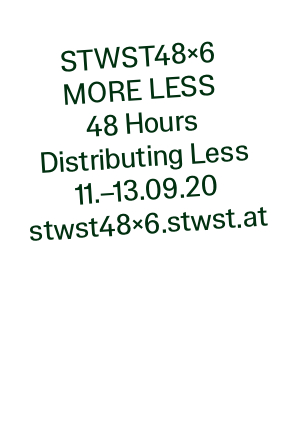 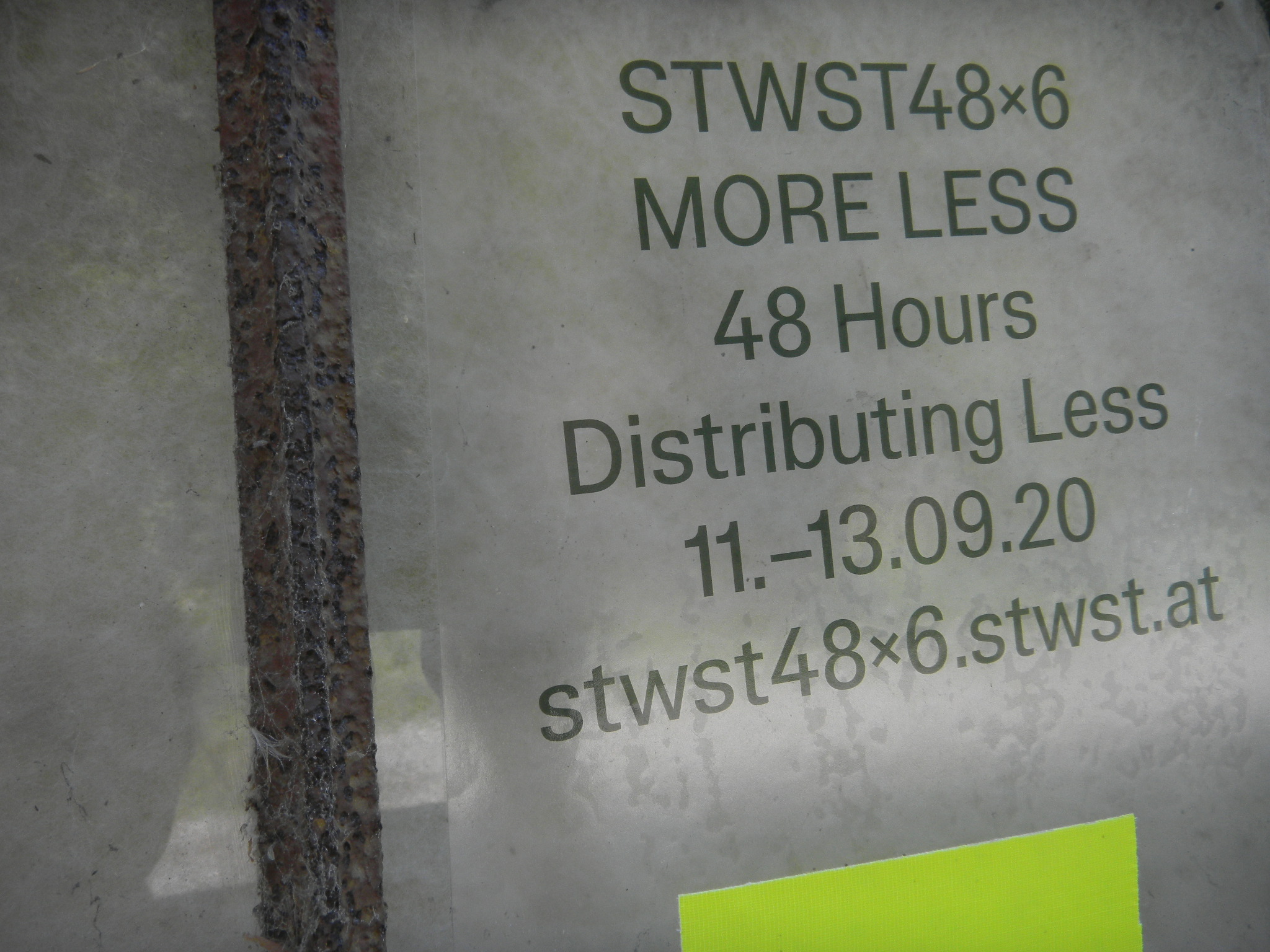 With STWST48x6 MORE LESS, the 6th edition of Stadtwerkstatt’s 48-hour showcase extravaganza, Stadtwerkstatt asks questions about the more-or-less situations, the non-equality areas, the counter-validity zones and the non-zero-sum games of the future. In the middle of a new nothing we build up a scenery between MORE and LESS to distribute critical contents, artists and critical producers to negotiate conditions that make a difference. We take a look at fragmened networks of art, nature, information, movement and sound to focus primarily on autonomous policies and alternative metabolites that are driven by alternatives. And, beyond more and less, driven by the OTHER.
-
Take LESS Want MORE: We share 48 hours of sound and art cathedrals of nothing, a nature monotonia and streams of isolationisms, emptyness and a deep anthropocene. In 2020, STWST 48×6 MORE LESS hosts the space between social distance and also distributes its venues in northern and southern parts of the city.

STWST48 is a 48 hours showcase-extravaganza in September. STWST48 invites international artists and also shows new art contexts developed in and around Stadtwerkstatt, for example results from Infolab, Quasikunst, and other formats of Stadtwerkstatts art production.

Stadtwerkstatt has been an art, club and autonomous structure since 1979. As an early adopter in the context of new media and media art, the place has a history of meaningful projects since the 1980s. Nowadays Stadtwerkstatt is active in the areas of New Art Contexts, runs a club and the Cafe Strom, media channels such as the print Versorgerin and other art and discourse formats.
All current New Contexts projects. All previous projects since 1979.